Mark Holtzen is the author of The Pig War, a Kirkus Reviews Best Book of 2012, and A Ticket to the Pennant: A Tale of Baseball in Seattle, out this April from Sasquatch Books. He wrote and illustrated this story in the second grade. 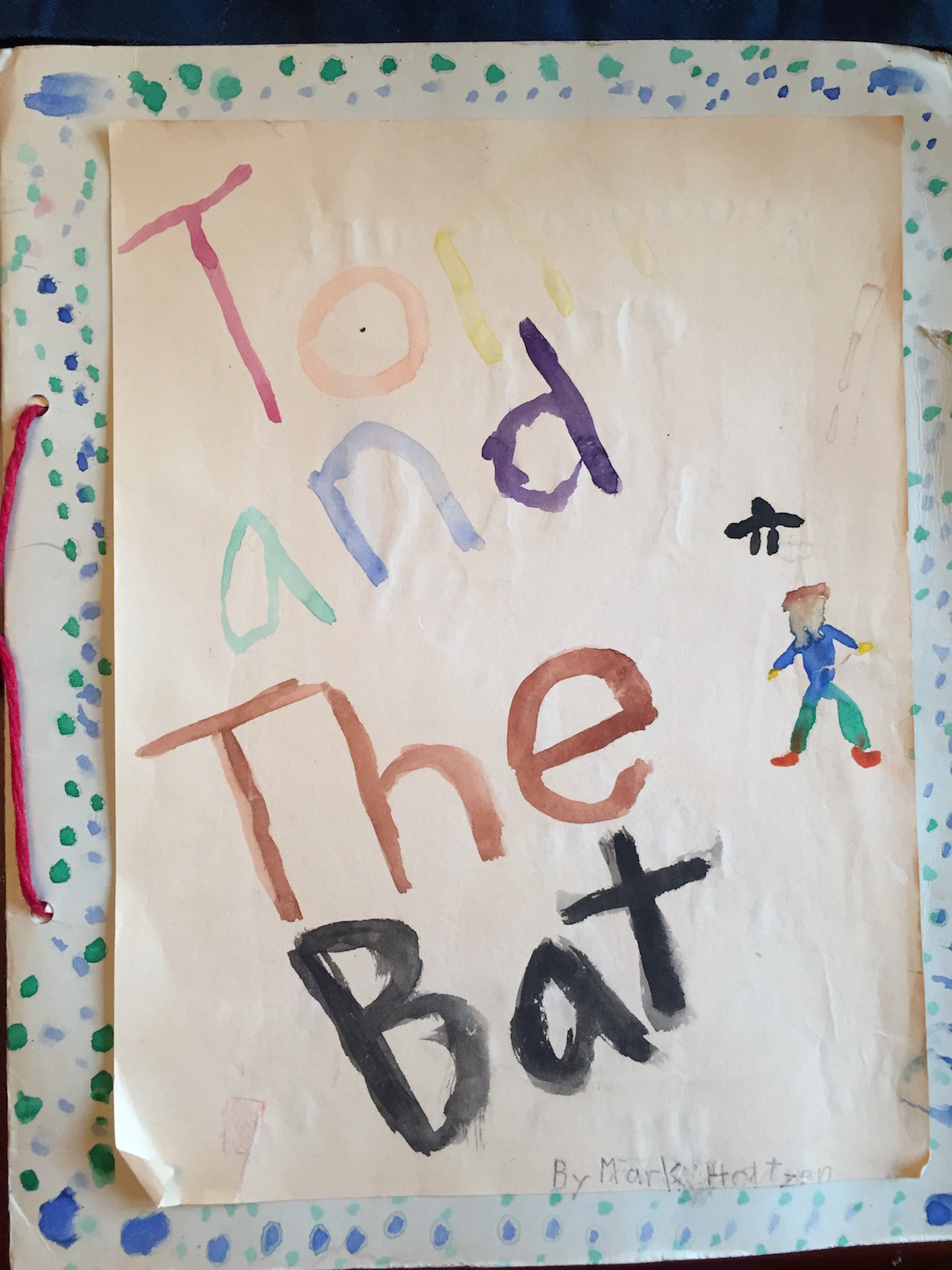 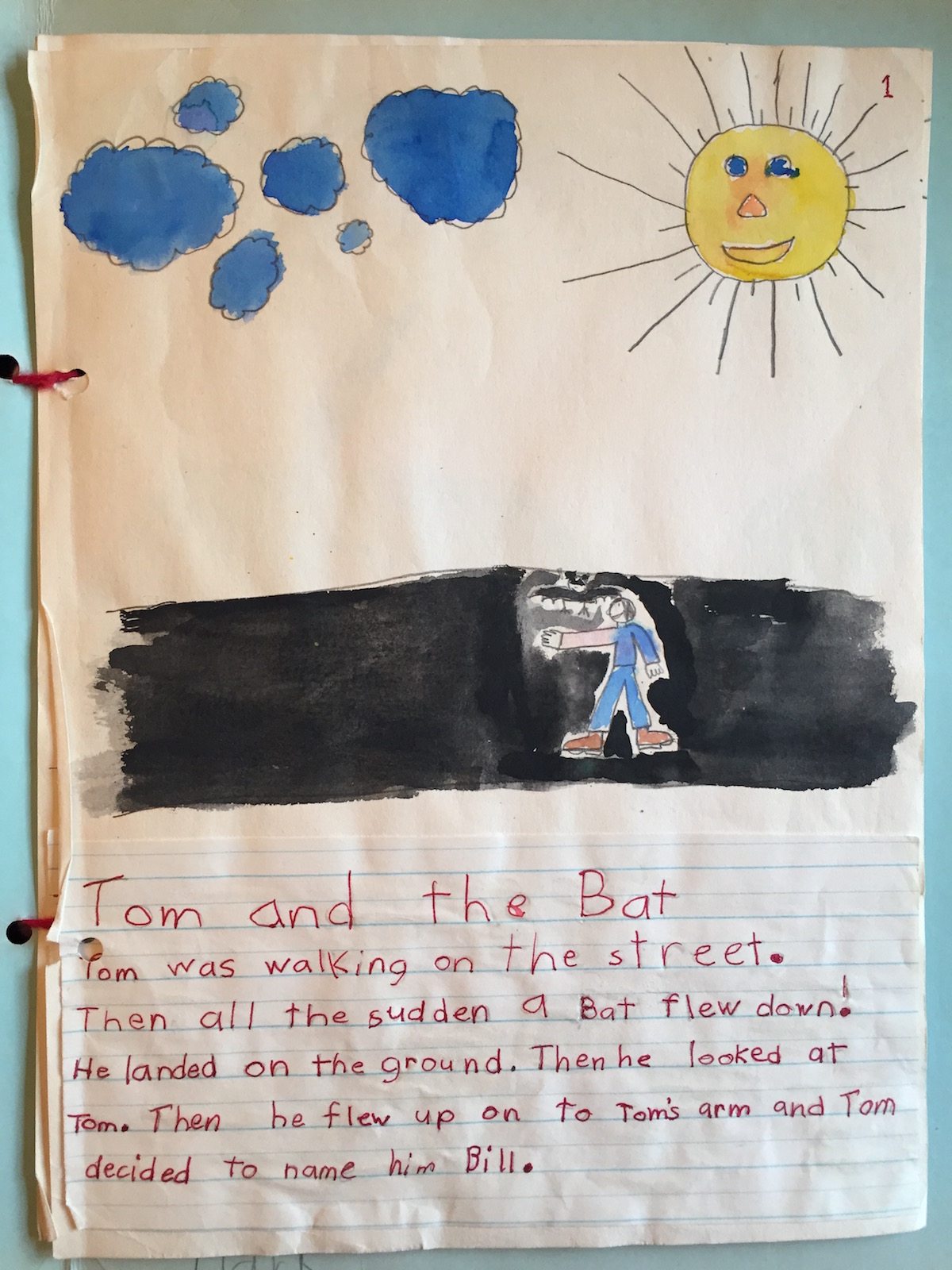 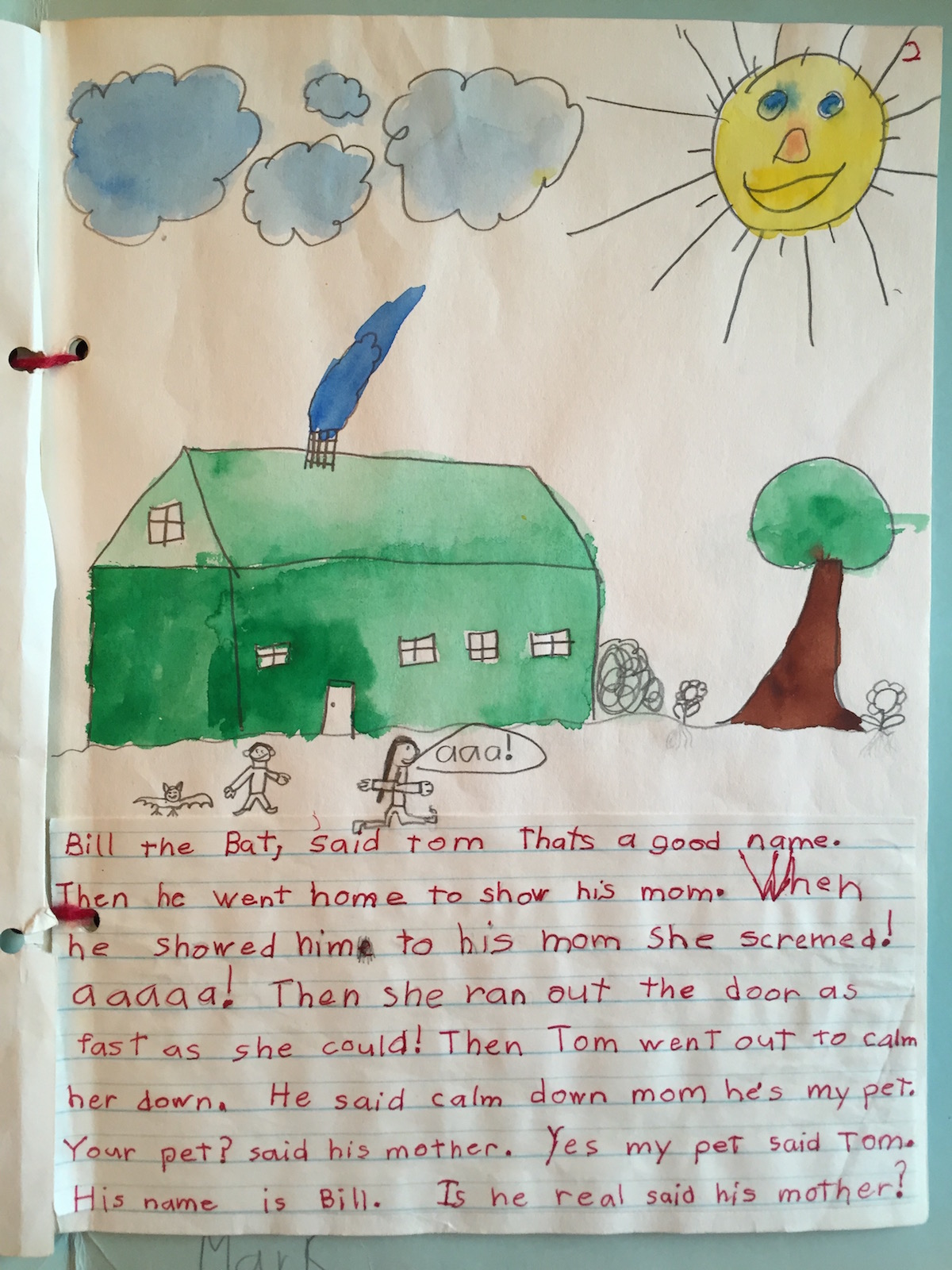 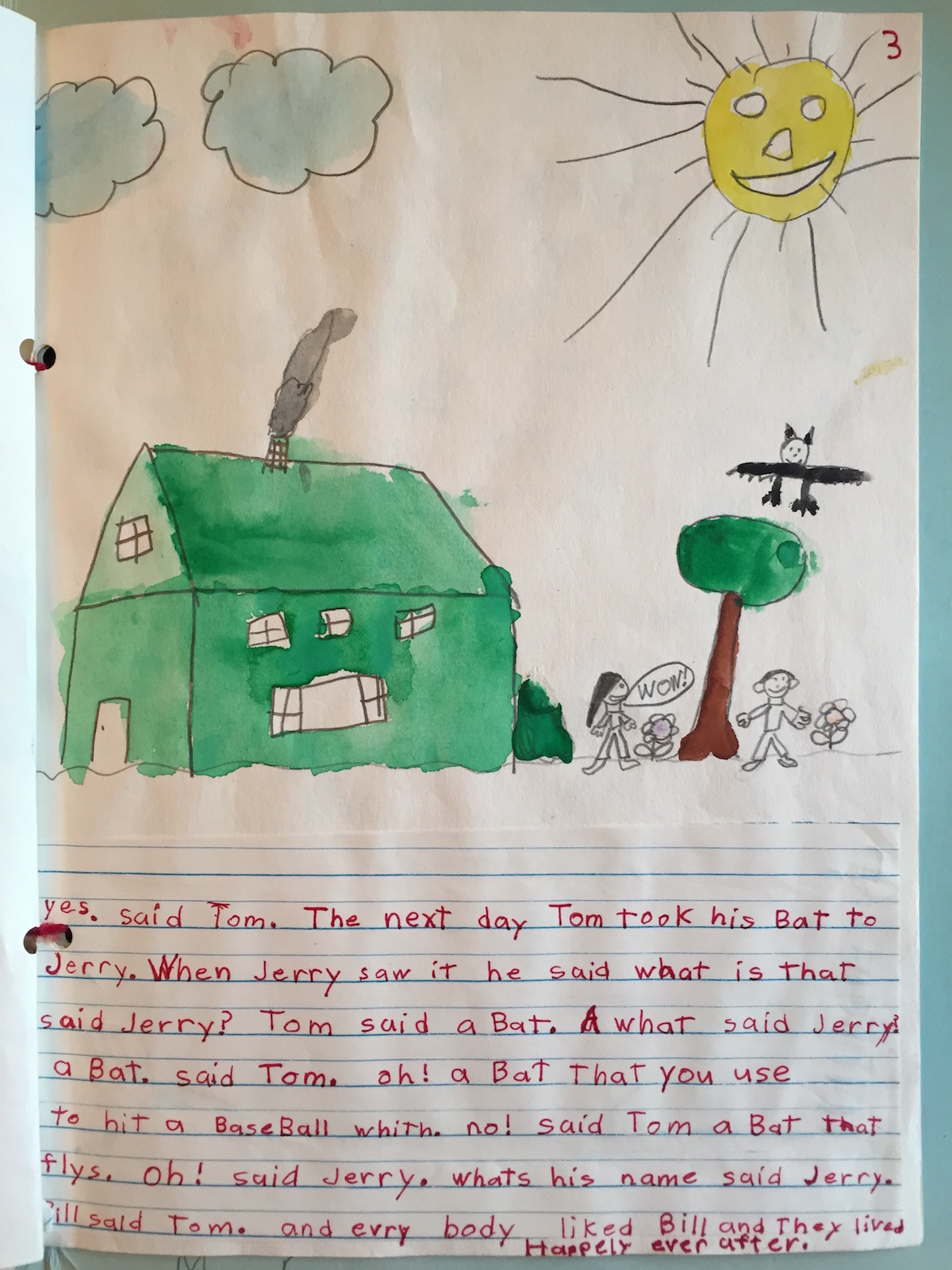 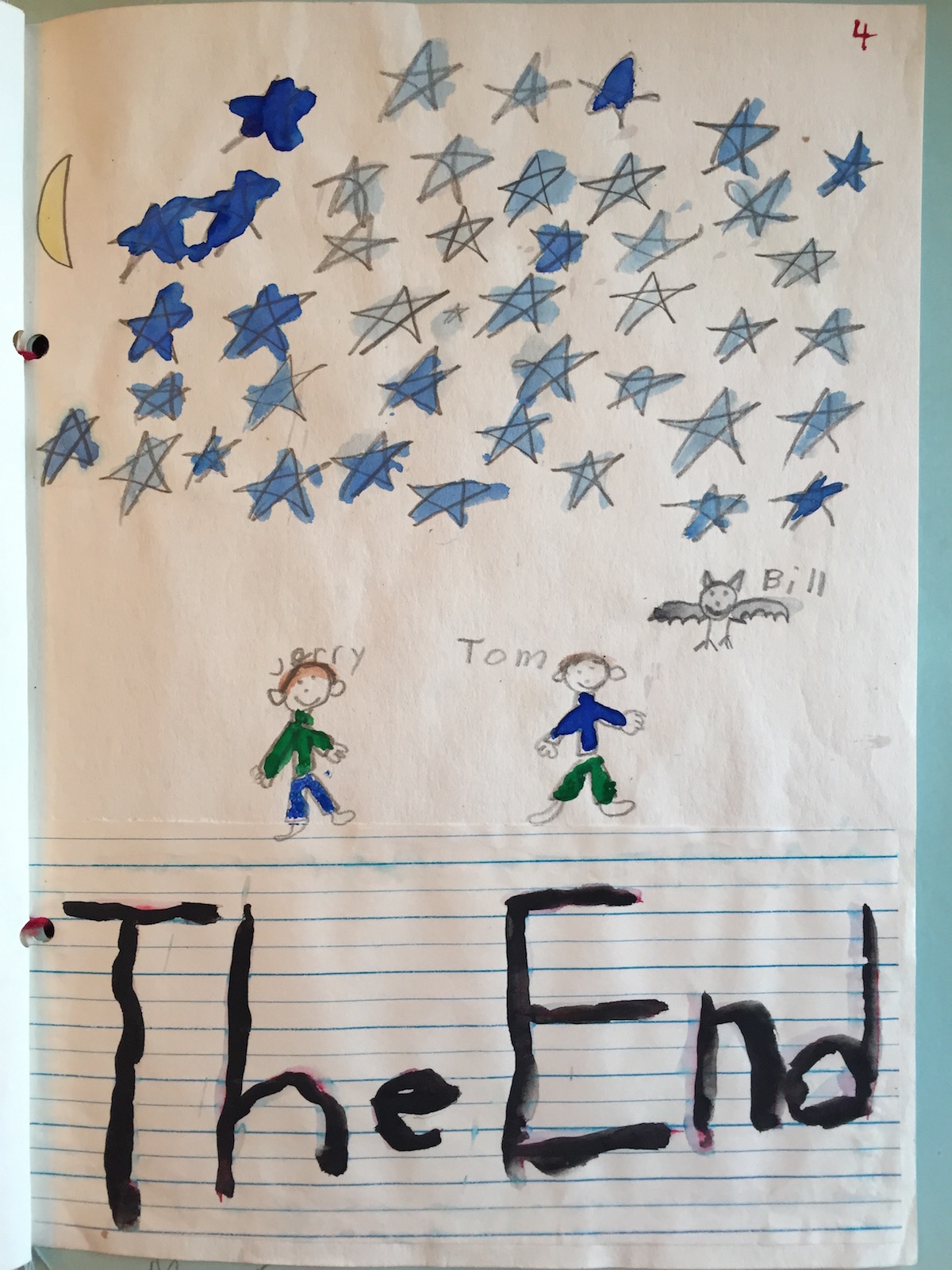 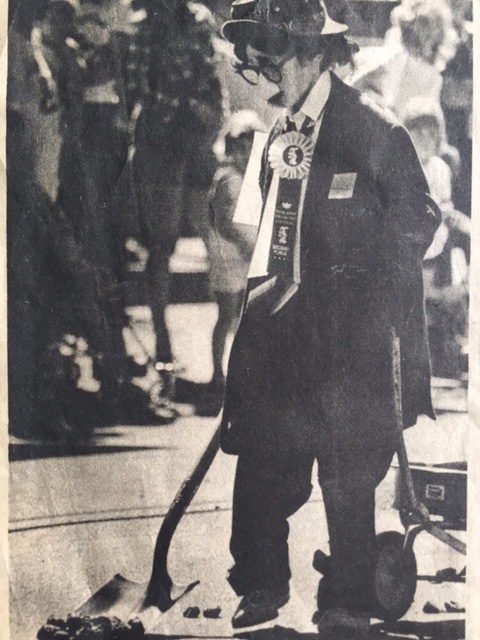 “I was seven and in second grade when I wrote Tom and the Bat. I lived with my parents and younger sister in Lake Grove, Oregon. Mr. Baker was my teacher (no relation to this site’s curator as far as I know) and I didn’t particularly like him. I don’t remember why. I remember working hard on the story though, and taking time and care to paint all those stars.

We lived in a small rental house on Shakespeare Street (no, really). Memories of that street include a large, kid-biting German Shepard, and when I accepted the neighbor guy’s invitation to come over to watch him ‘harvest’ his rabbits (thud, twitch). My sweet, quiet younger sister once sucker-punched me in the stomach. Pretty sure I deserved it.

The photo was taken later during the nearby Tualatin Crawfish Festival parade. I don’t remember who volunteered me to be a pooper-scooper, but it certainly wasn’t me. It was hot. I was dressed in a heavy coat as some kind of clown hobo. The horses got way ahead. I ran to catch up and everyone started yelling. When I realized they were yelling at me I became horrified. Apparently it was bad to run past the poop? I didn’t know what to do. I couldn’t run back, could I? Parades seemed so one way. I forged ahead. Still hot, confused, now humiliated.

They still hold the parade as far as I know. My volunteer efforts have been meager ever since. I still paint my suns with big smiles.”